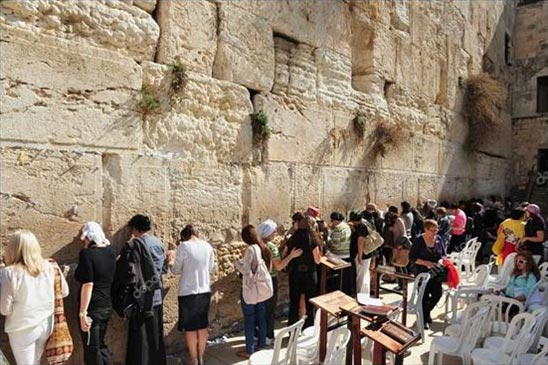 Over the last 5 years of my life, and also as Vice-President of the International Messianic Jewish Alliance, I have contact with leaders of the other national alliances around the world. G-d has also given me a great opportunity to fellowship with Messianic Jews from different parts of the world, and as a result I have come to a series of important perceptions about the Messianic movement that I believe are important to share with you.

My analysis will come from three perspectives:

First of all, we must not lose sight of the fact that Messianic Judaism is not something new (we have 2000 years of existence and we have a fascinating and miraculous history) and that it has a foundational prophetic call for the spiritual restoration of our people, Israel.

With a few exceptions, it has generally surprised me how many of our leaders today have put aside our Messianic Jewish calling. it appears that the world and its comforts have separated them from the divine prophetic vision. As already mentioned, I am surprised to see that most of the leadership is not focused on doing the job that Messianic Judaism has as its main calling which is summarized in the below verse from the book of Matthew:

"To these twelve YESHUA sent, and gave them instructions, saying: Do not go in the way of the Gentiles, and do not enter the city of the Samaritans, BUT GO RATHER TO THE LOST SHEEP OF THE HOUSE OF ISRAEL. And as you go, preach, saying, "The kingdom of heaven is at hand" (Matthew 10: 5-7)

These are some of the areas that I urgently believe need to be analyzed and rectified by some in leadership. We are wasting a lot of time, which is irrecoverable, since the eternity of souls is at stake:

Today, I believe more than ever, we must be aware of the responsibility to be a Messianic Jews. It’s one thing to be comfortable and happy in being the Jew among Christians, but it’s a completely different thing to roll up your sleeves and cast the nets to reach our beloved brothers of the house of Israel, for that requires a lot of patience, love, effort, resources and work.

I was greatly surprised to see three characteristics among current Messianic Jews (with few exceptions):

It is time that we live our faith in a less comfortable way, that we really make an effort, putting as a priority to serve Adonai in a committed, consistent and excellent fashion.Only then will we be able to impact our people with the love of Yeshua.

The more time passes, something has become very clear to me and that is that not all Gentiles are called to be part of Messianic Judaism. Yes, it requires a call from God as with the example of Ruth, the Moabitess.  It is necessary to have a sincere love for the Jewish people that is a love that goes beyond a Gentile saying that they 'love the Jewish people.'  The reality is that many are attracted to and love Jewish THINGS AND TRADITIONS but not necessarily us as a people: the shofar, the Hebrew language, the dance, touching the Torah when it is carried around the synagogue, the mezuzah, putting on the tallit, the tefilin, the traditional Hebrew prayers, etc. The worst-case scenario is that many have an enthusiastic even desperate desire to be Jewsphysically and so proceed to imagine or invent Jewish lineages.I believe this desire is unfortunate because the reality is that oneshould not pursue a lineage when you do not have it. This overlooks the fact that G-d loves them just as He created them.

The most important thing to aspire to is to bear fruit for the Messiah in Messianic Judaism.To work and serve humbly in a way that is fruitful and brings honor to God should be one’s objective. The few Gentiles who have the call, serve with love, with discretion and are very fruitful in our midst. They are a blessing. Unfortunately, the 'Orpahs' abound and the 'Ruths' are scarce.

At the writing of this article, we are experiencing a global crisis due to the coronavirus. It seems to me that, like the attacks of Sep 11-2001, it is marking a watershed moment, a before and after. I believe that from now on things will not be the same. For this reason, I consider that we too must change and be wiser with our time and resources. We need to be willing to obey the divine call and bring the light of the Messiah to our Jewish brothers and sisters. Let's be like Queen Esther, who risked everything for the love of our people. Esther’s courage was her true crown! Let's not be silent, let's risk everything for the salvation of our Jewish people and the glory of the Messiah Yeshua.

"Because if you keep quiet at this time, respite and liberation will come from somewhere else for the Jews ..." (Esther 4:14).